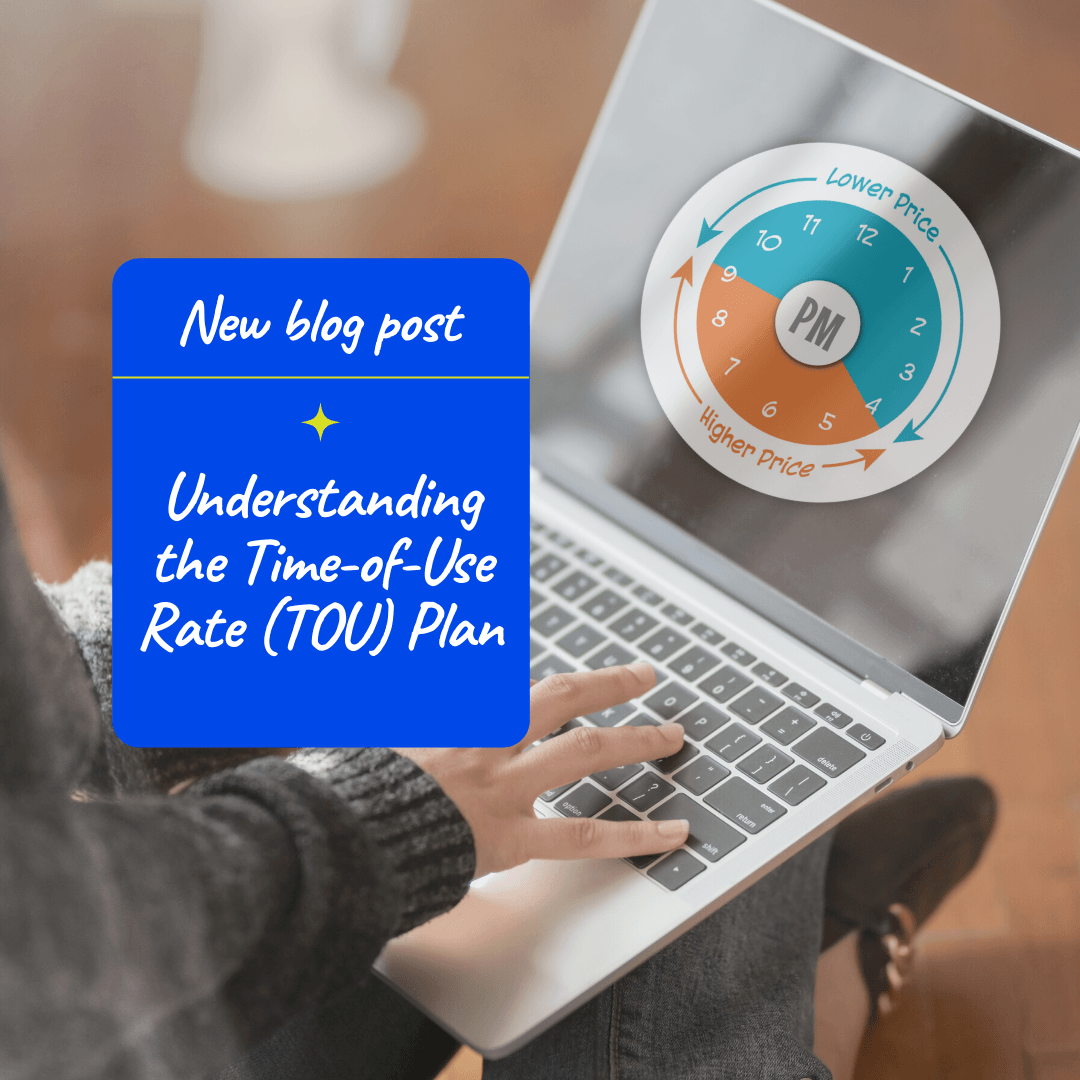 As summertime approaches, a lot of homeowners under the Time-of-Use (TOU) rate plan will be surprised to receive a higher utility bill. The lack of knowledge and awareness regarding TOU accounts for this.

For those of you who are not familiar, Time-of-Use (TOU) is a rate plan in which electricity rates vary according to the time and day of usage. It also means that electricity prices are higher during peak demand hours and lower during off-peak hours. If you are enrolled under E-TOU-C, you are being charged $0.42/kwh during peak hours and $0.35/kWh during off-peak hours every day from 4:00 PM – 9:00 PM in the summer. The peak hours are usually the hottest time of the day which means a lot of homeowners will be turning on their air conditioners. Similarly, it is also the time of the day when people return home from work and kids come home from school, which means that all devices and appliances are running.

However, time-of-use rate can be an advantage to solar owners. Under Net Energy Metering 2.0, also known as NEM 2.0, homeowners can receive kWh bill credits for the excess electricity that their solar system produces. Simply put, when your solar panels produce more than you need, you can “keep” the excess to use when your panels do not produce enough at some point in the year.

Making the most out of time-of-use rates for solar owners:

Simply put, your electricity consumption during peak demand hours can be offset by the electricity your solar system is producing. And even better, you can invest in a home energy storage system (also known as solar batteries) to ensure that the energy you consume in the evening comes from the sun collected earlier during the day, and not from the grid.

Solar homeowners can also consider employing a time shifting strategy. As seen in the graph below for Electric Vehicle owners, you can create the energy true your solar when it is priced at $0.50 and sell it to the grid while you are feeding off your battery. The graph also documents how you can store energy during the 18 cent-hour into your battery, and then, you can reload your battery at the early part of the day starting at sunrise (if you can) or around noon. Afterward, you can draw from the battery when it gets to the partial peak hours (after 3:00PM) and save yourself $0.39 per kWh during summer hours.

Another example is from the personal experience of our CEO, Bill Gurgol. At 12:00 PM, Bill charges his battery with the power of the sun. During the same time, he is also drawing from sun to run his appliances in the house. After 3:00 PM, Bill draws energy from the battery while the power his solar produces goes directly into the grid. Therefore, he will get a credit of $0.39 from 3:00 PM-4:00 PM, and $0.50 cents from 4:00 PM-9:00 PM.