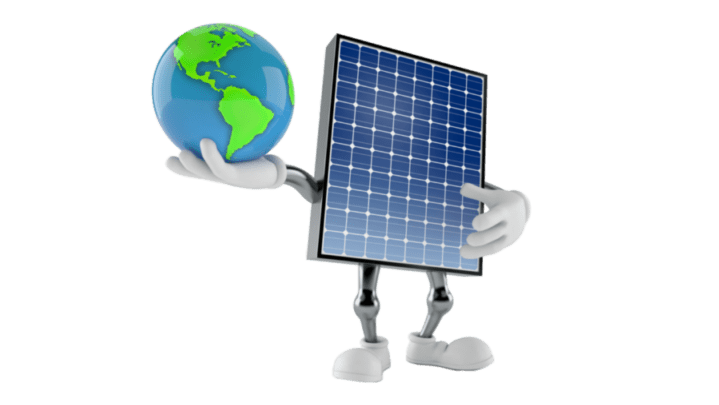 For 6 years straight, Earth has been seeing the hottest temperatures on record.

Climate change is being felt across the US through extreme weather events, droughts, wildfires, and more. Up to now, the government hasn’t taken many big steps to address climate change head-on.

However, on August 16, President Biden signed into congress one of the most impactful bills for fighting climate change. The Inflation Reduction Act is funneling nearly $400 billion towards incentivizing the adoption of clean energy technology.

What’s more, it’s aiming this incentive not just at businesses, but at households as well.

In short, this new climate bill could mean big savings if you’re thinking of going solar.

Are you excited to hear about the new incentives that are coming into place around solar energy? Keep reading to find out everything you need to know.

Why the Climate Bill Is Good News

As we said above, the new climate bill marks the biggest step forward from the US government around climate change.

The US has been notoriously slow to implement programs to fight carbon emissions and climate change. To put it simply, this was both alarming and embarrassing, given that the US is the largest emitter of carbon dioxide in the world. Not only is it the largest, but it’s the largest by a long shot.

Thankfully, the new climate bill promises to flip these numbers on their head.

The main focus of the bill is the provision of subsidies for clean energy solutions and energy-efficient home upgrades. This is good news on all fronts. Incentivizing homeowners to invest in clean energy and energy-efficient home upgrades will not only help to drop carbon emissions, but it also means that consumers can tap into substantial savings.

Finally, the Inflation Reduction Act offers far more certainty than previous incentive programs. Its solar energy incentives run all the way through to 2033. This will help fuel the solar industry and attract investment.

Previously, solar incentives would run for a few years, expire, and then be revived. This created a lot of instability in the US solar energy industry.

The Incentives in the Biden’s Climate Bill

The incentives outlined in the new climate bill mostly take the form of tax credits. This is also good news because tax credits are better than tax deductions.

Tax deductions reduce your overall taxable income. Unless they are substantial, tax deductions won’t drop your actual tax liability all that much.

And guess what? The new climate bill is packed full of tax credits for the following areas:

What’s more, if you need to upgrade your electric panel to accommodate more demand from electric appliances (instead of gas alternatives) you might even be able to get a tax credit for that.

How the Climate Bill Will Make Going Solar Even More Affordable

The new climate bill is primed to provide consumers with some very advantageous incentives in multiple areas. But, it’s especially exciting news if you’re thinking of going solar.

Solar energy will save you money any way you look at it. The bill’s incentives are now making solar energy more attractive than ever for the average homeowner.

These savings can also bump up the ROI in your system and reduce the time it takes for solar panels to pay themselves off.

Other Incentives Could Help You Save On Your System

Another way that Biden’s bill is making solar more affordable for homeowners is via its other incentives. The incentives and tax credits on energy-efficient appliances and home upgrades could help you make your entire home more efficient.

If you can reduce your total energy consumption through double-glazed windows, better insulation, heat pumps, and efficient appliances, you may find you’ll need a smaller solar system.

Combining an EV and Solar System for Ultimate Savings

Another way that the new climate bill indirectly incentives consumers to go solar is through tax incentives on electrical vehicles.

Under Biden’s bill, there’s a maximum credit for EVs of $7,500, which is an extension of a previous incentive. There is also a tax credit of $4,000 or 30% on used EVs, something that didn’t exist before the new climate bill.

Until 2024, these incentives are only available as tax credits. Starting on the 1st of January 2024, consumers can opt to take a point-of-sale rebate.

So what has this to do with going solar? Well, an EV and residential solar system is the ultimate combo in green energy and savings. If your system is large enough, you could charge your car for no cost.

Because of this, EV charging on solar energy accelerates payback on your system and further helps you save on monthly household overheads.

Charging an EV from your solar energy system can be particularly advantageous if you leverage of the EV2 time-of-use rates. During peak consumption hours, you can sell energy back to the grid for a premium rate. You can then take advantage of off-peak rates by setting your EV to charge after midnight.

Do You Want to Take Advantage of the Climate Bill Incentives?

Going solar can slash your utility expenses and help combat climate change. If you own an EV or plan to get one, solar energy can also allow you to “fuel” your car at home at little to no cost.

To top things off, the new climate bill is making these advantages even easier to access by providing attractive tax credits not only on solar—but on energy-efficient home upgrades as well.

If you’ve been thinking of going solar and switching to green energy, the time is now.

Here at Solar Bill Review Team, we specialize in helping homeowners get their utility bills close to zero through solar.

Make one of the savviest investments as a homeowner, and contact us today for a free quote.